You are here: Home / Featured Stories / Anti-social behaviour by a few becomes a cause for concern by the pond

There have been reports by residents of several people flouting the rules during this lockdown. A number of them appear to be people from outside the village who have driven here to enjoy the pond area in particular. In one case there were four large dogs who were allowed to play in and out of the water fetching sticks whilst their owners sat on the benching drinking. This meant that several villagers were sufficiently concerned not to use the path.

As a result a decision was taken to put up notices at both ends of the public footpath and by the bench and put out traffic cones to deter visitors.

Under normal circumstances such measures would never be contemplated but under the current rules it is against the law to travel to another place in order to go for a walk. The Parish Council discussed various other options such as temporarily removing the seat or closing the path completely but this would have been to the detriment of people in the village who enjoy a short walk and need to rest from time to time.

By taking this action the Parish Council is acting in the interests of residents and we hope that everyone will understand and take note. 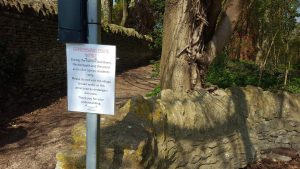 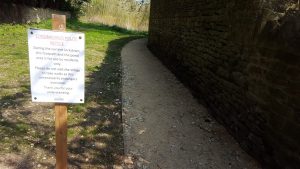 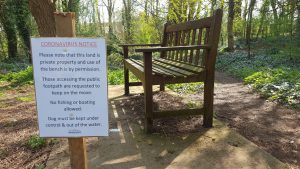 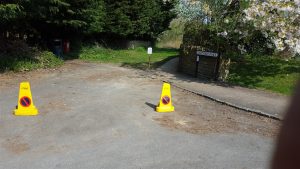 GREAT NEWS.  Stratton Audley Barn will be opening again from 29th May. They plan to open the Barn … END_OF_DOCUMENT_TOKEN_TO_BE_REPLACED

Two videos shot recently in the village. This first video was taken last week in Cherry Street and … END_OF_DOCUMENT_TOKEN_TO_BE_REPLACED